Trans-national organised crime (TOC) groups are incredibly sophisticated. They know how to do business. 8% of the worldwide trade is accounted for the illegal drug trade, estimated to be worth $400 billion a year. This is big business. You can forget about Netflix’s “Narcos”. The days of smuggling drugs on donkeys and by private planes are long gone.

Today, drug cartels are using cutting-edge technology to facilitate their activity and constantly innovate. Across Latin America, these extremely advanced organisations are changing the drug smuggling game. Millions of dollars are laundered using cryptocurrency through dark web transactions and unregulated platforms. Bitcoin’s use is remarkably increasing among drug gangs such as the Jalisco New Generation Cartel (CJNG) and the Sinaloa Cartel of captured kingpin Joaquin “El Chapo” Guzman.

“Both Mexican and Colombian TCOs are increasing their use of virtual currency because of the anonymity and speed of transaction”, said DEA spokesman Michael Miller.

Another senior DEA official stated that drug cartels in Mexico even obtained high-tech spyware that could hack into mobile phones. Technology has also made it easier to smuggle drugs across borders. Unmanned aerial vehicles are being used by tech-savvy drug cartels in Columbia, the world’s largest producer of cocaine, to transport drugs into Panama.

Mexico’s drug cartels use modified commercial drones to attack enemies and smuggle drugs into the United States. They attach drugs to drones to fly over the border wall from Mexico and across deserts to deliver the cargo to a predetermined US location. This is the era of the “Narcodrone”.

“Drones are usually for small deliveries, very low quantities and several times a week. It’s like a flying ant, you start little by little, but at the end you have built a huge stack of drugs,” one operative told Insider magazine.

It seems that drone drug smuggling is on the rise every single day. Technology is advancing, and drones are becoming more capable of range and cargo capacity. Drones are bought in the US and modified for use as weapons or drug mules.

“These are bought in the US, in California or by internet. They are normal drones, like a Mavic or Mavic 2. They can fly somewhat far and carry some load…We use C4 or Tovex to make the explosives. It’s a little bit harder to make those, but they are very effective. In a simpler form we use hand grenades taped to a drone, remove the secure [lever], and fly it toward target,” the operative said. Ironically, the same drones used to commit crimes are also used to fight them.

To combat “Narcodrones”, Latin American police agencies have their own drones at their disposal. Drones are being used to monitor drug trafficking across many border regions of Mexico, Columbia, and Brazil. Unmanned aerial vehicles are dispatched to monitor illegal coastal activities, taking aerial photos and video to thwart crime in real time. Drone detection and counter-drone technologies are constantly being developed and improved. Using counterattacks, signal jamming, spoofing and wearable Counter-UAS solutions that can detect and mitigate remote-controlled commercial drones, we can address these security issues that threaten society’s values. Both law enforcement and drug cartels have yet to speak their final word. 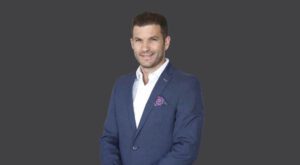 We caught up with Aviad Matza CEO of Avnon HLS Group.

Can we prepare for the unexpected?